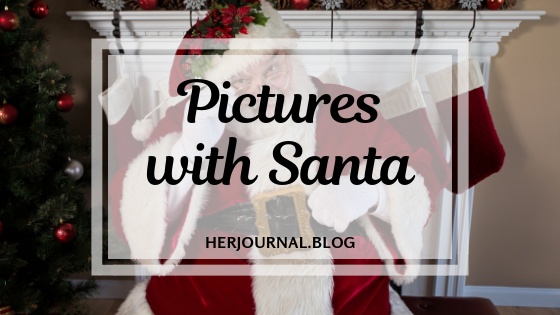 When picturing the day that I would become a mom, I often pictured what it would be like around the holiday season with kids; the baking traditions, opening gifts on Christmas morning, taking pictures with Santa, etc. These were such wonderful fantasies of mine and now I’m finally able to start indulging in them as we have a one year old who will begin to see the magic of Christmas!

Today, we attempted pictures with Santa and boy, that was not the picture I had envisioned for our Christmas card! My son was not having any of it. He began crying pretty immediate after being placed on Santa’s lap and started screaming as I hurriedly yelled for my husband to take the picture. My son has also learned baby sign language and started signing “all done” through his screaming and as hilarious as it was, it was also a tad heart breaking. Maybe next year! 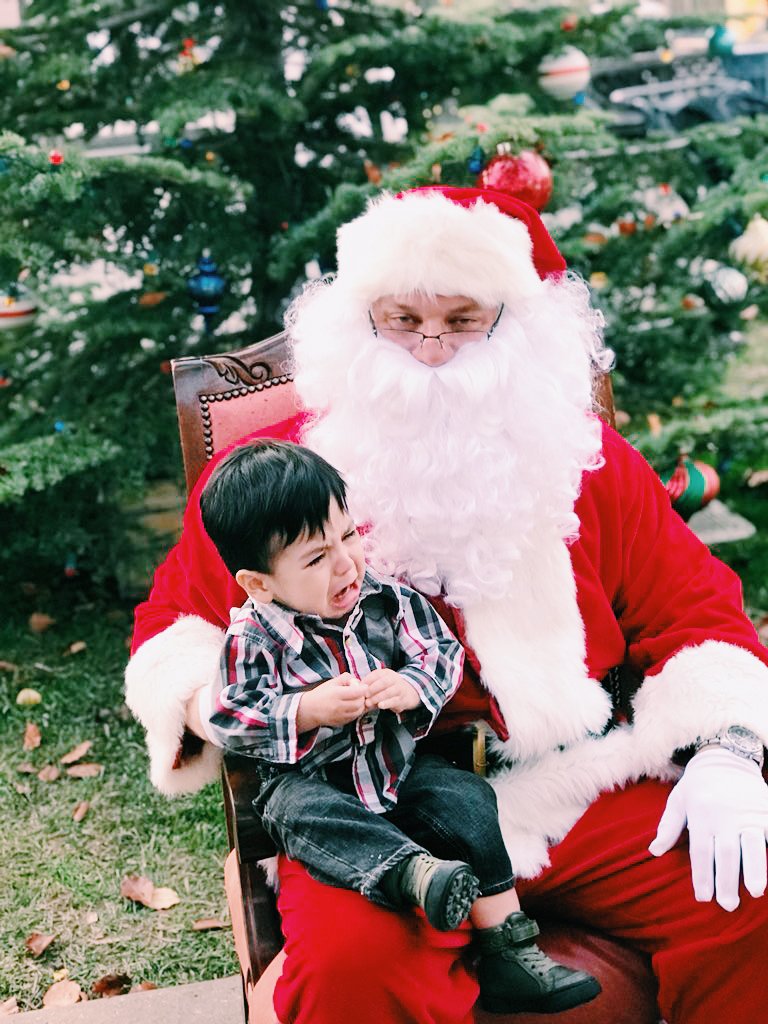 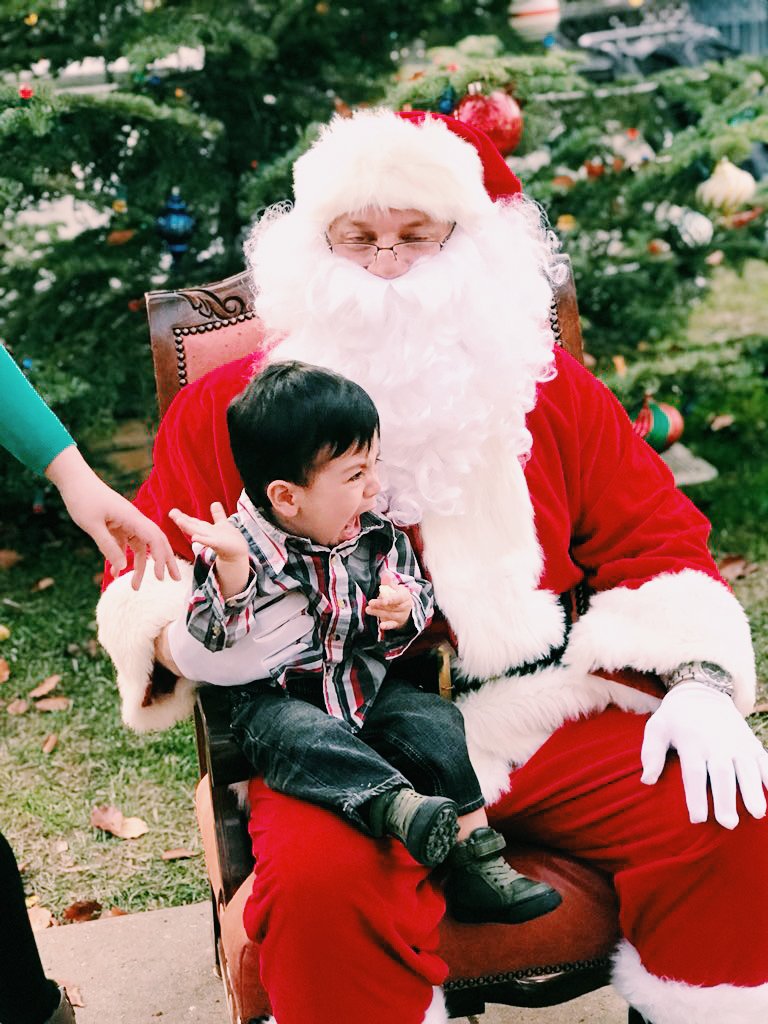 (By the way, that is my hand in the picture next to him with the green sleeve. I was close by in hopes that he would be ok on Santa’s lap while I was there.)

My husband and I have come to agree that we want to introduce the tradition of Santa Claus to our son and let him believe in the magic. We also won’t mind playing the Santa roll for a few years as well!

How did your child(ren) handle pictures with Santa? Anyone else’s child scream like mine did?